Do Black Berkey® Purification Elements Remove PFAS and Other PFCs in Drinking Water?

Do Black Berkey® Purification Elements Remove PFAS and Other PFCs in Drinking Water?

PFAS, a kind of toxic chemical found in consumer products, have been in the news a lot lately.

Consumer Reports recently did a study on 47 bottled waters, and found PFAS chemicals at levels higher than recommended by some experts. Michigan recently enacted some of the country’s strictest standards regarding PFAS limits for the state’s public water supplies, and officials in Minnesota are considering a $700 million project to combat PFAS in Washington County drinking water.

Let’s take a look at PFAS, PFCs and other closely related chemicals, the potential dangers they present, and why it’s important to have a trusted final barrier system for your drinking water.

Per- and polyfluoroalkyl substances (PFAS) are man-made chemicals which have been in use since the 1950s. More than 5,000 PFAS are known to exist, and they are found in products that most of us use nearly every day: food containers (take-out pizza or burgers, anyone?); household products including cookware with non-stick coatings; waxes and paints; personal hygiene products (shampoo, dental floss); cosmetics and more. They can also be found in industrial products, including medical devices, insect baits, printer and copy machine parts, and more.

What Is the Difference Between PFC, PFAS, PFOA and PFOS?

The abbreviations commonly used for these chemicals are quite similar, and can be a bit confusing. Here are a few basic points to help you understand them better:

Are PFCs Such as PFAS and PFOA Harmful to Humans?

For all the benefits that PFCs would seem to provide—from making carpet more spill-resistant to ensuring your grilled cheese sandwich doesn’t stick to the pan, there is a concerning potential downside to their manufacture and use. PFCs are called “forever chemicals” for a reason.

PFCs are extremely resistant to breakdown when exposed to air, water or sunlight, acid or other forces. They can remain in the environment—and the human body—for very long periods of time. In fact, it can take up to 4 years for levels of PFAS and PFOA in your system to go down by half, even if no more is taken in. Long-term exposure and accumulation of PFCs in your body can pose serious health risks.

PFCs are very common in today’s world. The Centers for Disease Control claims that they are detectable in the blood of 98% of Americans. PFCs can enter your body via the air you breathe, through your diet or by drinking water containing PFCs. The chemicals leave the body primarily through urine.

What Health Risks Do PFCs Pose?

Studies in humans have shown that certain PFCs may be associated with a number of health issues, including:

Even though the manufacturing of many PFCs has been phased out in recent years, they are still present in the environment—including on (or in) many of the items you may have around your house. New short-chain PFCs have been developed in recent years to replace their predecessors, but they are also slow to break down in the environment, and are raising many of the same health concerns as long-chain PFCs.

Defend Your Drinking Water Against PFCs

For a more in-depth examination of PFCs, associated health risks, and tips for reducing your exposure, read our article: Black Berkey® Purification Elements: The Final Barrier against PFOA and Other PFCs in Drinking Water.

Available in 7 sizes, Berkey® water purification systems are made for the extreme, yet enjoyed every day. They can easily purify ordinary tap water and well water, yet are powerful enough to efficiently purify raw, untreated water from freshwater sources such as remote lakes, rivers and streams. 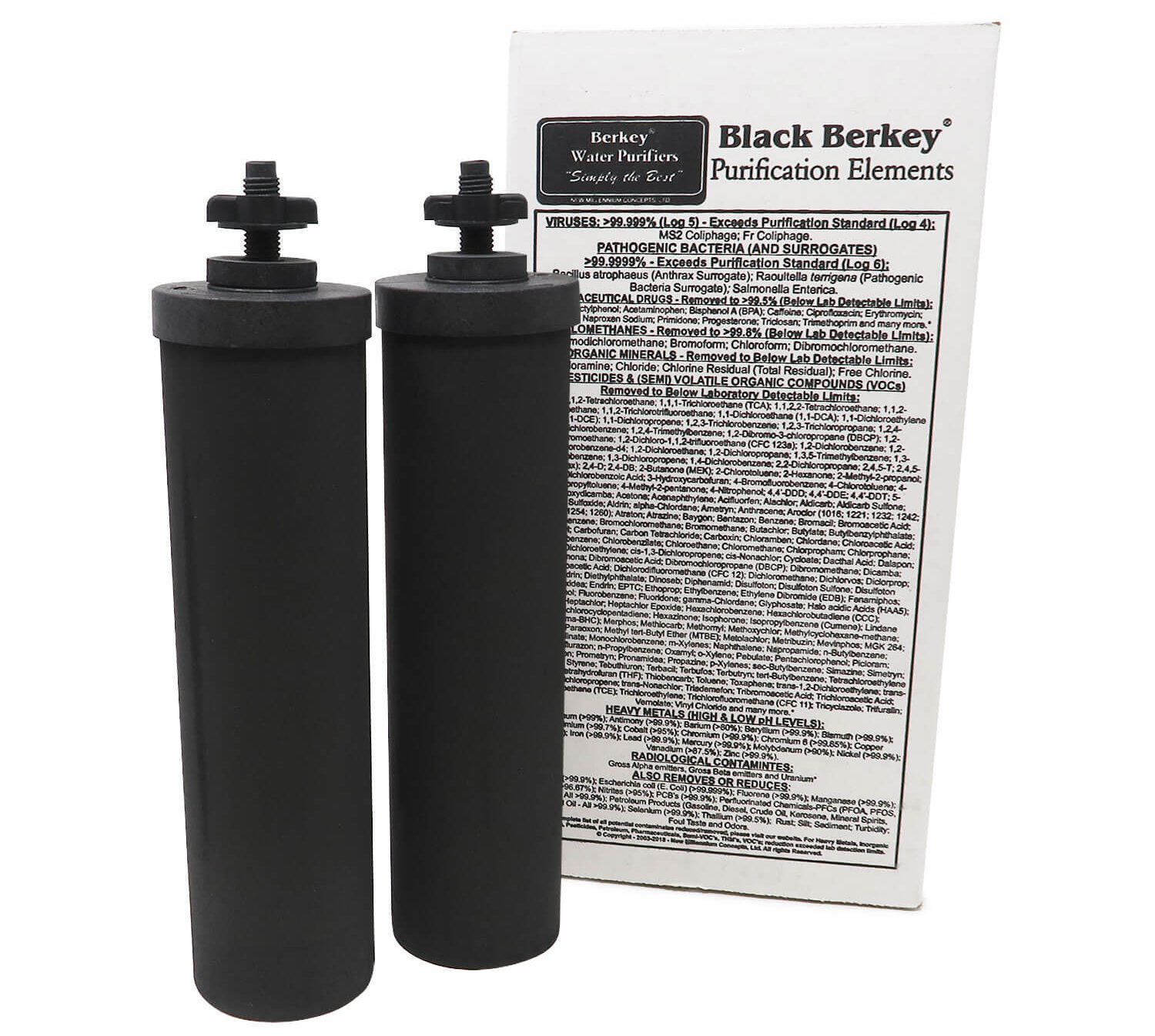